The Travel-Insight story began in Marseille in March 2016. Two entrepreneurs with a passion for travel, Célia Tichadelle and Stanislas Lucien, embarked on an adventure, inspired by a common goal: focusing on digital communications and new technology within the tourism industry.

Their aim was to bring a wide range of tourism stakeholders on board, including hoteliers, airlines, destinations, tour operators and travel agencies who all had genuine needs and high expectations when it came to their digital and social media strategies. Brands, companies and influencers from the world of travel and tourism were all welcomed with open arms and Travel-Insight was born.

The name Travel-Insight is inspired by a principle. The word TRAVEL highlights the agency’s specialist knowledge of the tourism industry while the word INSIGHT describes the agency’s work to find solutions involving consumer issues and brand positioning, using figures and marketing trends to better sell products and tourist destinations.

The agency’s mission is to create a new link between international and national travellers, who are increasingly visible on social media, by providing industry professionals with the best communication tools and the ultimate digital strategy. The agency has since created a new Trade & Media Relations Department to offer a 360° approach to travel marketing.

With the agency’s belief in the importance of ethics and its passion for tourism and all things digital, the journey has only just begun.

France is the world’s leading tourist destination with 87 million visitors in 2017.

Indeed, tourism in France is an important economic sector, both for French people who choose to spend their holidays in their own country and for visitors who come to stay here.

According to figures from the World Tourism Organization, since the 1990s, France has been the number one tourist destination in the world (89 million international tourist arrivals in 2017).

42.5 billion represents the total amount, in dollars, of revenue related to tourism in 2016 in France, according to figures from the World Tourism Organization (UNWTO), i.e., 34.37 billion euros.

Moreover, a large number of opportunities will be offered to the territory in the years to come.

France will host three major international sporting events in 2023 and 2024:

These major world sporting events will be real accelerators of attractiveness, investment and quality.

Beyond the economic benefits, they constitute unique opportunities to promote the destination, within the framework of significant media exposure, in connection with positive values around solidarity, inclusiveness and diversity.

The French are major European travellers with an average summer vacation duration of 2 weeks. Indeed, in summer 2019, it was the destination of 56% of holidaymakers, which makes it the preferred destination for French people. The flagship summer destination remains the beach, the sea and the coast. Also, the French increasingly favour the countryside which obtains 24% (+3 pts compared to 2018) and the mountains with 23% (+5 pts).

In addition, the French enjoy travel abroad with particular interest in Spain (16%), Italy (10%) and Portugal (7%) while 60% of holidaymakers enjoy travel within France, mainly to the Provence-Alpes-Côte d’Azur, New Aquitaine and Brittany regions.

Passionate about travel and Latin culture it was an obvious that Celia would follow a career in the tourism industry. After obtaining her MBA in International Travel Management, she embarked on the adventure of entrepreneurship by launching Travel-Insight, a communication agency specialising in tourism.

Originally from Marseille, Celia grew up under the sun in Provence, but the capital quickly called out to her and was the chosen location for the launch of Travel-Insight in March 2016. Travel-Insight now has 18 employees and has worked with over 50 clients. Current clients include the Tourist Office of the Dominican Republic, Côte-d'Or Tourism, IFTM Top Resa, Viva Wyndham hotel group, APST, Subocea and many more in all divisions of the tourism industry.

Célia is now in charge of all the agency's operations, from the communication strategy to its deployment. Beyond her profession, she is passionate about dance and the Dominican Republic, her second home where she goes several times a year both for work but also to spend her most beautiful holidays.

Stanislas Lucien is the co-founder of Travel-Insight. Having graduated with an MBA in International Travel Management, he launched his communication agency initially focusing on digital communication within the tourism industry.

Self-taught, passionate about communication, new technology and management, Stanislas now supports the agency with its development in France and abroad. Stanislas has successfully grown his business into one of the leading agencies in France, with many high profile and loyal clients. 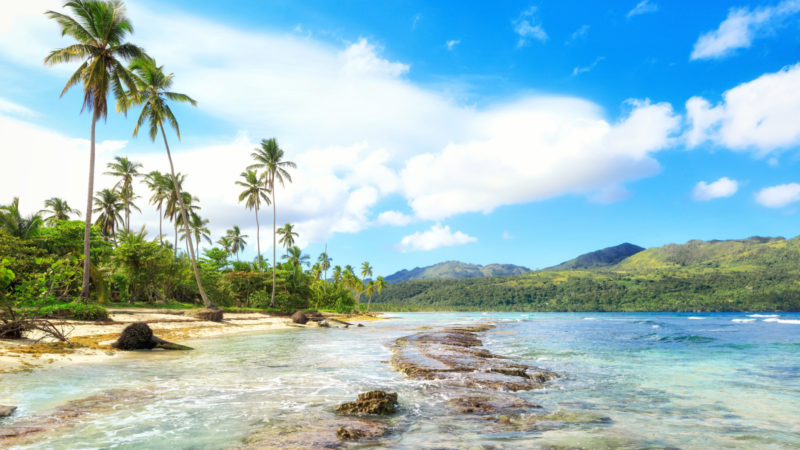