Established in 2007, Berry Whale, specialises in providing integrated solutions for communications, representation and tourism marketing. We are a team of seventy professionals led by experienced managers. Our goal is to modify the image your target audience has about your product and services to achieve commercial objectives. At present we have positioned ourselves as a leading tourism marketing agency in Latin America, endorsed by our international partners and prestigious client list.

A tourism marketing agency, who thinks big, we are driven by achieving the best results for our clients.

Tourism in Latin America, the market is ready to expand.

In the past, for most people in Brazil, Colombia, Argentina, and Mexico, travelling was a distant dream. Now, what was once just a privilege, is slowly becoming the normal habit of the population in Latin American countries. Today it’s seen as a possibility.

Outbound international travel bookings from Latin America and the Caribbean in 2019 were 9.3% higher than in 2018 and the market is ready to expand. Smaller economies are able to sustain dynamic growth when it comes to tourism, but the main players in Latin America are Argentina, Brazil and Mexico. In Mexico, outbound travel to the other side of the planet skyrocketed +373.5% compared to the same period one year ago – sporting events, especially soccer championships, directly influence destination choice.

When it comes to the Latin American tourism market, numbers are growing nonstop. In 2016, nearly 36% of all visitors to the United States of America came from LATAM – the highest percentage from any single region. They also generated a profit of 60 billion dollars in 2016 for the United States alone. This is almost ¼ of the total amount spent by international travellers in the US. Argentina is the leading outbound travel country in Latin America. The country has shown consistent growth, mainly focused on other Latin American countries.

The second biggest growth comes from Brazil, with a 14.2% increase in outbound travel. Brazilians enjoy travelling to the United States and Canada, especially after an improved system for visas was implemented. Economic growth and stability are playing big roles when it comes to the outbound travel market. Even though many Latin American countries are experiencing a recession, the idea of travelling is never off the table and the market is expected to grow. Why? Simply because the market is extremely broad and there are endless opportunities.

Why the Tourism Market is Booming in Latin America

The penetration of smartphones and internet connection is improving all over Latin America. This is increases online purchases and more opportunities are opening up every day. Latin Americans are tech savvy and love to be connected. Consumers are becoming more confident about online security processes. The result? Increasing sales every day.

Rise of the middle class

The rise of the middle class is one of the most important achievements when it comes to economic expansion in Latin America. The reduction of poverty means people have a new vision and see other perspectives in their lives. Economic growth and the rise of the middle class play a large role in the performance of the outbound market as opportunities open up for people who could barely get by just a few years ago.

It’s true that most Latin American countries have  experienced an economic slowdown over the past few years. Still, tourists keep searching for outbound destinations that are worth the trip – inside and outside of LATAM.  Just a few years ago it wasn’t easy to see Brazilian tourists in Rio de Janeiro, Brazil, most were from the United States or Europe. However in the past 6 to 8 years this has changed thanks to the rapid rise of the middle class. Since 2003, more than 30 million Brazilians have risen out of poverty – completely shifting their behaviour as well. This is happening all over Latin America.

Even though Airbnb and other short-term rentals are most popular among Europeans and North Americans, little by little the Latin Americans are hopping onto this trend. Short-term rentals are expected to double their market size in Latin America until 2020, making travel more affordable.  The lack of trust in online services is slowly decreasing and people are seeing the benefits of renting short-term accommodation, once friends and people they trust experience this first.

Another reason that is making the collaborative economies more trustworthy to Latin Americans is the fact that many websites, such as Airbnb, are investing in better solutions for their users. Preferred payment methods based on the consumer behaviour Latin Americans is being taken into account and procedures adapted.

“Since only 19% of Brazilians own an internationally accepted credit card, Airbnb, in partnership with Digital River World Payments and EBANX, started accepting payments via local credit, with instalments or not, and Brazil’s favourite cash payment method, boleto bancário, a voucher with a barcode that can be paid in banks and lotteries in Brazil.”

When startups and digital companies start accepting payment methods that people feel more comfortable with, they’re opening up a new opportunity and offering alternatives so people can trust them.

Even though Latin America outbound tourism is booming, there are some details that you should always keep in mind. Due to a significan recession, major Latin American currencies are losing power and the dollar fluctuation is always a concern. For that reason, the Latin American travel market is not always stable, experiencing many highs and lows.

The situation causes complications for all businesses in the region. However, tourism is a long-term plan that Latin Americans always look forward to which makes the tourism market something that is ever-growing in its own way.

It is true that the majority of Latin Americans are not frequent travellers. When they travel, however, they want to experience the best they can. Nowadays, the luxury travel market is becoming more and more accessible and they want to treat themselves to the best they can afford. This can also mean that they’re on the lookout for affordable luxury, focusing on unique experiences instead of 5-star hotels.

For many Latin American tourists, to travel is to experience something unique, something they will always remember so they can be very choosy travellers.

The ageing population is a niche to keep an eye on all over the world – including in Latin America. Thanks to better healthcare systems and diseases prevention, life expectancy has risen to around 72 years. This, together with the boom of the middle class, means elderly people are a group keen to travel abroad. They’re retired, they have a lot of free time and are a huge market ripe for expansion.

Travellers aged 50 + are travelling all over the world; in Latin America, they’re even outpacing other groups. If you compare 2010 to the predictions of 2020, there will be a 40% growth of tourists over 50 years old, making them the most dynamic growth group.

In numbers, this means more than 26 million Latin American tourists travelling all over the world. The ageing population is expected to be responsible for 28% of all Latin American tourists by 2020. To work with this niche, you also need to think what elderly people would like to experience. Some destinations might not be that comfortable for them. That’s why the market is creating strategies to focus on “age appropriate” destinations for this kind of traveller.

They also have more free time, being able to travel off-season and take longer trips. When it comes to health, travel insurance companies are offering specific services for elderly people, to ensure the trip goes smooth. Depending on the niche you decide to focus on, you need to work your way around their limitations while making them feel good about themselves.

Self-employed workers and a new mindset

Another important niche to keep in mind when it comes to Latin America travellers is the rising self-employed group. Due to the economy and an entrepreneur mindset, this group have invested in their own careers. This group increased by 10% between 2010 to 2016, expanding to more than 7.4 million workers. They’re independent, well-connected, and value life-experiences much more than traditional tourists.

These travellers are interested in meaningful experiences. They’re willing to make their own informed decisions, re-evaluating their preferences. The trend for personalised offerings started with the self-employed workers  looking for a balance between life and work. At the same time, they’re much more likely to spend money on meaningful life-experiences which may form part of their trip.

In Latin America, more than 30% of households are led by females. In some countries, such as Brazil, Chile and Colombia, more than 50% of women are employed. Also in much of Latin America women have achieved high levels of education. Over the years, female empowerment is growing exponentially together with their economic power. As the internet grows and people start to share their experiences, including female solo travellers, this group are expected to travel more as they are encouraged by other women who are reporting their own experiences.

More women are travelling alone as they like to feel free to decide their own itinerary and experience the world in their own. They want to gain a feeling of confidence and empower themselves. One out of eight women are willing to travel solo, but their largest concern is safety so some companies are working hard to make the travel experience more enjoyable and less scary for many women around the world.

How to attract Latin America Travelers?

Latin American travellers are seeking something meaningful that they can remember forever. They may not be constant travellers which is why they want experiences for life.

Today Latin American travellers need more than palm trees and a relaxing environment to travel somewhere. Even though many people are just starting out, they want meaningful experiences that they can remember it in the future. Travel for Latin Americans is something very special. They want experiences that will make the whole vacation unique. LatAm travellers are searching for more than the basics which may normally be offered to people who travel often.

The more you can personalise something for a group of people, the better. From the moment they book the trip until the last minute of it, travel experiences can be personalised according to the niche. The costs might rise, but people are willing to pay more to feel like something was exclusively created for them. Personalisation is an important factor when you want to invest in the Latin America Market.

Let’s face it, Latin America might not be as stable as the United States or Europe. Still, many Latin Americans reached a point where they can invest in life-changing experiences. To have a successful business in Latin America, you must build and sustain a relationship with your customer. You must offer what’s necessary for them to overcome fears and concerns. As a new group of travellers, they value personalisation and trust. 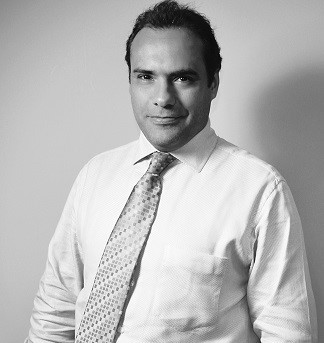 In 2007, Victor founded Berry Whale to create a specialist consulting and management agency, offering a personalised approach, for the tourism, leisure and lifestyle industries. Gaining a degree in Technology, and with postgraduate studies in communication, internet marketing and tourist distribution, Victor is more than equipped for his role.

Following 20 years experience working in international marketing, sales, advertising and communications for organisations within many different sectors, he has successfully grown his business into one of the leading agencies in Latin America, with many high profile and loyal clients. 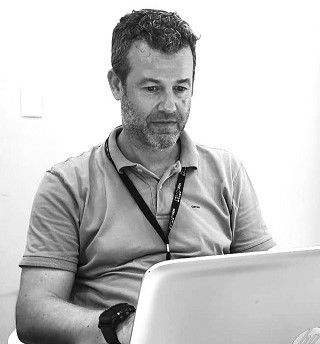 Steven’s strengths lie in co-ordination, implementation, evaluation and reporting which he has put into good practice on many key accounts.

A vital member of the team, Steven always achieves client satisfaction on his campaigns helping to maintain the excellent reputation the agency enjoys today. 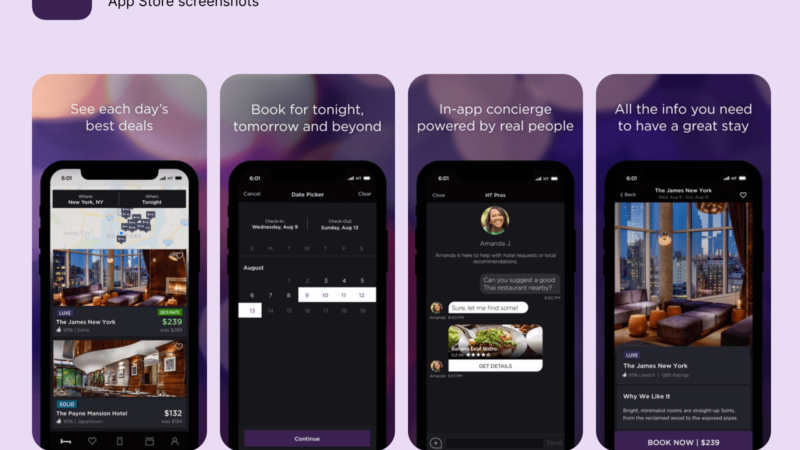